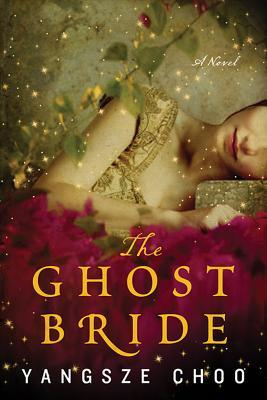 Though ruled by British overlords, the Chinese of colonial Malaya still cling to ancient customs. And in the sleepy port town of Malacca, ghosts and superstitions abound.

Li Lan, the daughter of a genteel but bankrupt family, has few prospects. But fate intervenes when she receives an unusual proposal from the wealthy and powerful Lim family. They want her to become a ghost bride for the family’s only son, who recently died under mysterious circumstances. Rarely practiced, a traditional ghost marriage is used to placate a restless spirit. Such a union would guarantee Li Lan a home for the rest of her days, but at a terrible price.

After an ominous visit to the opulent Lim mansion, Li Lan finds herself haunted not only by her ghostly would-be suitor, but also by her desire for the Lim’s handsome new heir, Tian Bai. Night after night, she is drawn into the shadowy parallel world of the Chinese afterlife, with its ghost cities, paper funeral offerings, vengeful spirits and monstrous bureaucracy—including the mysterious Er Lang, a charming but unpredictable guardian spirit. Li Lan must uncover the Lim family’s darkest secrets—and the truth about her own family—before she is trapped in this ghostly world forever.

The Ghost Bride by Yangsze Choo

I’m always happy to pick up a book that a friend (from outside of the blogger world) recommended too. The historical setting of a port city in 19th century Malaysia is filled with so much life, detail and vivacity. The depiction of the afterlife is equally as enthralling as Li Lan tries to unravel the mystery around her questionable (creepy) suitor while navigating the politics of the Chinese spirit world and the courts of hell.

“The problem with the dead was that they all wanted someone to listen to them.”

I appreciated how complex Li Lan’s strained relationship with her father was. Even though I wanted Li Lan to have a more ‘active’ role in this story, I realised that I was projecting a 21st century idea of what agency should look like in this context and so my expectations affected my first reading experience of this book. Li Lan’s approach to dealing with her problems in these historical circumstances was very realistic and I appreciated the story more when I considered the history and the aspects of classism Li Lan was restricted by.

As the reader enters the afterlife with Li Lan, the story takes on a more fluid folktale structure, which seems to be based upon the Chinese classical structure.* I enjoyed the dream-like structure towards the end and the twist that does not completely resolve Li Lan’s challenges but addresses them in a realistic way for her to explore.

I first read this book a few years ago and definitely want to re-read it because the setting, mythology and society is so wonderfully crafted with subtle intricacies from the perspective of writer who grew up in the culture.

*There are many stories that don’t necessarily follow the Western three act plot structure. See the wiki and this article for more info on the classical storytelling structure used here.

8 thoughts on “The Ghost Bride by Yangsze Choo”