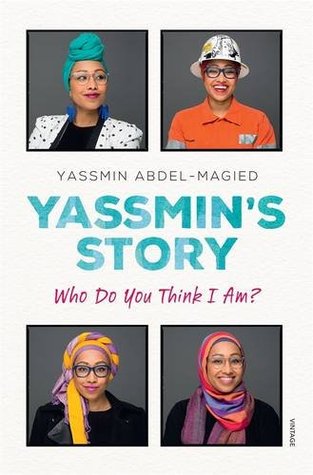 At 21, Yassmin found herself working on a remote Australian oil and gas rig; she was the only woman and certainly the only Sudanese-Egyptian-Australian background Muslim woman. With her hijab quickly christened a ‘tea cosy’ there could not be a more unlikely place on earth for a young Muslim woman to want to be. This is the story of how she got there, where she is going, and how she wants the world to change.

Born in the Sudan, Yassmin and her parents moved to Brisbane when she was two, and she has been tackling barriers ever since. At 16 she founded Youth Without Borders, an organisation focused on helping young people to work for positive change in their communities. In 2007 she was named Young Australian Muslim of the Year and in 2010 Young Queenslander of the Year. In 2011 Yassmin graduated with a Bachelor of Mechanical Engineering and in 2012 she was named Young Leader of the Year in the Australian Financial Review and Westpac’s inaugural 100 Women of Influence Awards as well as an InStyle cultural leader and a Marie Claire woman of the future.

Yassmin has now been awarded Youth of the Year in the Australian Muslim Achievement Awards.

Penguin Random House is contributing royalties to Youth Without Borders.

I’ve read a few memoirs from the perspectives of migrants but this is the first time I’ve read an Australian non-fiction book, which reflects upon a child of a migrant’s experience in Australia. It’s an experience I can relate to:

There is a level of existential responsibility, debt even, which sits in the minds of migrant children that means sometimes our decisions are made, whether consciously or unconsciously, out of respect to our parents and the sacrifice they made. It is not something that can be explained in cold rational terms.

I really enjoyed reading about Yassmin’s life and school escapades in dealing with prejudice with wit, logic and Aussie humour. I was lucky to learn a bit about Islam when I was in high school, so some terms were familiar but it’s refreshing to learn and relearn some things too. Yassmin’s own experiences as a woman practicing Islam surrounded by equally strong women in her family show that oppression and Islam do not accompany each other.

I also really loved Yassmin’s down to earth approach to university life and unconventional friendships. She explains the differences between Western individualistic and communal cultures through the clashes in expectations between herself and her friends through some fun anecdotes. Engineering has also played a big part in her life and I admire anyone who can navigate a male dominated environment. One of my cousins is also studying engineering, so I agree with Yassmin that it’s good to see that practice slowly become more diversified. I also liked Yassmin’s  reflective take on the challenges of leadership and being a part of non-for-profit organisations.

Rather than thinking that the issue of diversity is someone else’s problem to fix, understand that you’re part of the system and can be part of the solution.

Like a lot of migrant children, navigating familial, cultural and Western values is something we do on a daily basis, so I really liked Yassmin’s Caramello approach. I’ll always refer back to it now:

I would have to find a way to be a Caramello egg – brown on the outside, and a mix of white and brown on the inside. A mixture whose composition I decide. It is about adapting to change and finding a way to flourish in a new environment.