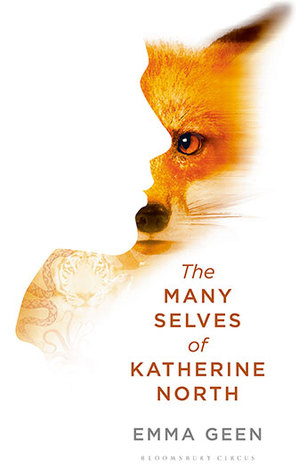 When we first meet Kit, she’s a fox.

Nineteen-year-old Kit works for the research department of Shen Corporation as a phenomenaut. She’s been “jumping”–projecting her consciousness, through a neurological interface–into the bodies of lab-grown animals made for the purpose of research for seven years, which is longer than anyone else at ShenCorp, and longer than any of the scientists thought possible. She experiences a multitude of other lives–fighting and fleeing as predator and prey, as mammal, bird, and reptile–in the hope that her work will help humans better understand the other species living alongside them.

Her closest friend is Buckley, her Neuro–the computer engineer who guides a phenomenaut through consciousness projection. His is the voice, therefore, that’s always in Kit’s head and is the thread of continuity that connects her to the human world when she’s an animal. But when ShenCorp’s mission takes a more commercial–and ominous–turn, Kit is no longer sure of her safety. Propelling the reader into the bodies of the other creatures that share our world, The Many Selves of Katherine North takes place in the near future but shows us a dazzling world far, far from the realm of our experience

The Many Selves of Katherine North by Emma Geen

Although this story wasn’t quite what I expected, I liked the underlying concept. Some of my favourite SF stories follow characters who experience what it is like to have their consciousness uploaded into another humanoid body. This novel explores what it could be like to inhabit any kind of body through this technology. Kit inhabits and studies the different bodies of animal species but her company wants her to promote this technology as a form of recreation. The marketing poster girl aspect of Kit reminded me of ‘The Girl Who Was Plugged In’ by James Tiptree, Jr.

At first, I felt a bit distant from Kit’s scientific approach to maintaining her human sense of self when she is inside another animal’s body. I found it hard to imagine how a person is able to maintain that human sense of self when their embodied sense of the world is completely changed through inhabiting the body of a spider, whale, elephant, fox etc. However, the novel does explore the different experiences and consequences of coming back to a human body after such world-swapping experiences later on. The conflict between one’s human self and another self is explored quite well when Kit has to guide inexperienced people from the public who want to try body jumping.

I could see why Buckley, her anchor/monitor used language as a way to maintain that human sense of self. I came to understand Kit’s character better when I learned about her past experiences. The ending took on a bittersweet coming of age arc, which I did not expect but nevertheless, appreciated.