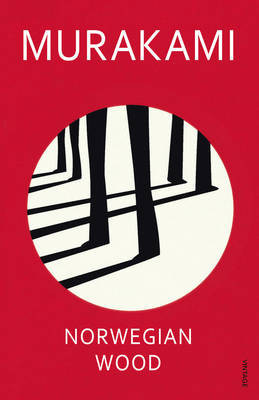 “I didn’t have much to say to anybody but kept to myself and my books. With my eyes closed, I would touch a familiar book and draw it’s fragrance deep inside me. This was enough to make me happy.”

It’s half past midnight, so I’ve reached that strange non-place where thoughts swirl and I end up typing some words instead of sleeping. I rarely share non-review posts but today, I thought, why not?

A part of me is still convinced that there is a parallel universe out there where I made all the right choices. I know that the right choice is a matter of perception, which shifts with all the other choices. It’s just easy to slip in and out of that knowing when I’ve paused over a path.

I had no words for loss until I read about how Toru and Naoko were swallowed by a void. It’s worth tracing Toru’s slow climb out of it. That path is an ending/beginning I return to at different points.

I still have no words of my own for it now but I’ve stumbled across shards in books like A Monster Calls, Among Others and Kitchen over the years. There’s also a poem in The Sky is Everywhere that captures the grey dwelling space. I still enter that house but I can see the different dimensions of it now.

Sometimes, stories and poems build small bridges across Autumn. On the windy days, it’s more like I’ve got a slippery buoy instead but if I grip and focus on one thing at a time, I find that I can ease myself into the steering of it.

Seeing, adjusting and building the bridges will take time.

One thought on “Autumn”