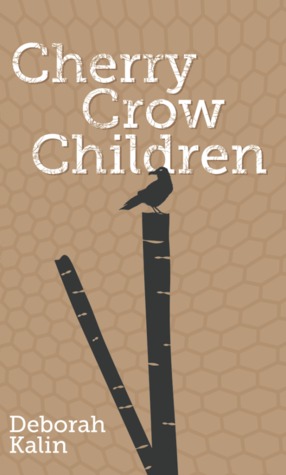 Tulliæn spans a fractured mountaintop, where the locals lie and the tourists come to die. Try the honey.

Briskwater crouches deep in the shadow of a dam wall. Ignore the weight of the water hanging overhead, and the little dead girl wandering the streets. Off with you, while you still can.

In Haverny Wood the birds drink blood, the dogs trade their coughings for corpses, the lost children carve up their bodies to run with the crows, and the townsfolk stitch silence into their spleens. You mustn’t talk so wild.

The desert-locked outpost of Boundary boasts the famed manufacturers of flawless timepieces; those who would learn the trade must offer up their eyes as starting materials. Look to your pride: it will eat you alive.

Sooner or later, in every community, fate demands its dues — and the currency is blood.

– Introduction, by Kate Elliott
– The Wages of Honey
– The Briskwater Mare
– The Miseducation of Mara Lys
– The Cherry Crow Children of Haverny Wood

I often say that I avoid horror at all costs but that would be a lie. I love speculative fiction and there can be dark turns in speculative stories. Though I might not be a big horror reader, I find the psychology of it compelling.

Kalin builds these fascinating intricate societies with their own set of rules. I definitely recommend this collection to fans of horror and mythology as Kalin deftly weaves isolated speculative worlds with compelling characters together. I enjoyed how vulnerable and human each protagonist was in this collection. Rather than an ambiguous monster, I find the limited choices that a person faces in certain situations to be frightening. The eerie creatures in each story play a subtle part in the monstrous circumstances.

My favourite story was The Miseducation of Mara Lys. I found the heroine to be relatable, as she is faced with a difficult choice:

Could she bear to stay, watching that? Forever swallowing her hopes, stuffing them deep down inside where they must surely brew, starved of light and air, into something rancorous; her passion now foolishness and her abilities languishing; entombed by the shadow of the life she’d wanted.
And yet to leave would be to abandon her identity. Life in Boundary was as bare as the sand-scoured bedrock, and tinkering on dreams would bring no food.

I also found myself entranced by the scary folk in The Cherry Crow Children of Haverny Wood. The heroine and her mother in this story are also at a crossroads in this story. I loved how they held onto their agency through small acts despite the constrictive circumstances they find themselves in. The hive mind of blame that gathers in communities around certain figures can be horrific in this one. I definitely recommend Cherry Crow Children to anyone who enjoys stories that delve subtly into the speculative life of the supernatural and the psychology of isolated towns.