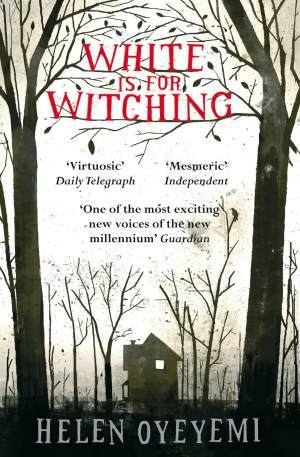 In a vast, mysterious house on the cliffs near Dover, the Silver family is reeling from the hole punched into its heart. Lily is gone and her twins, Miranda and Eliot, and her husband, the gentle Luc, mourn her absence with unspoken intensity. All is not well with the house, either, which creaks and grumbles and malignly confuses visitors in its mazy rooms, forcing winter apples in the garden when the branches should be bare. Generations of women inhabit its walls. And Miranda, with her new appetite for chalk and her keen sense for spirits, is more attuned to them than she is to her brother and father. She is leaving them slowly –

Slipping away from them –

And when one dark night she vanishes entirely, the survivors are left to tell her story.

“Miri I conjure you ”

This is a spine-tingling tale that has Gothic roots but an utterly modern sensibility. Told by a quartet of crystalline voices, it is electrifying in its expression of myth and memory, loss and magic, fear and love.

White is for Witching by Helen Oyeyemi

“Please tell me a story about a girl who gets away.”

“From her fairy godmother. From the happy ending that isn’t really happy at all. Please have her get out and run off of the page altogether, to somewhere secret where words like ‘happy’ and ‘good’ will never find her.”

“You don’t want her to be happy and good?”

“I’m not sure what’s really meant by happy and good. I would like her to be free. Now. Please begin.

The novel begins with the mystery around Miri’s disappearance. The mystery is made even murkier, as the story unravels and follows different characters in Miri’s life. There are many unreliable narrators, as the perspective shifts to Eliot (Miri’s twin), Ore (her friend/lover) and Sade (the housekeeper). I liked the fragmented feel of these POV switches and the evocative turns in the writing.

The University Library is a mouth shut tight, each tooth a book, each book growing over, under and behind the other.

Ore is from Nigeria and it was refreshing to read her take on British university life and her relationship with Miri. Sade is from Yoruba and brings another interpretation to the haunting of Miri’s home, as she draws on her own knowledge of Juju and folklore. Though the creatures of the house counter Sade’s attempts at protecting its inhabitants:

Juju is not enough to protect you.

In the background sub-plot of the story, there’s also an exploration of the micro-aggressions the Kosovan refugees face. It is a small thread in the story but it adds to the tension and sense of alienation that many of the characters feel.

What I mean is, each act of speech stands on the belief that someone will hear.

The house rejects outsiders and evokes touches of paranoia. The house straddles that surreal line of horror that Pan’s Labyrinth walked. Miri’s family is anchored down by the loss of Miri’s mother, Miri’s withdrawal and the strange gothic presence of the house.

Winter had licked every window in the house and left them smeared with fog.

I really liked how this story was both creepy and enchanting in its own way.  This is a book with an unusual structure and mystery but I was charmed by it.

*Miri also develops pica, an eating disorder that her family doesn’t seem to understand. I wasn’t able to find an ownvoices review of this aspect, so feel free to link one if you come across that perspective.

4 thoughts on “White is for Witching by Helen Oyeyemi”