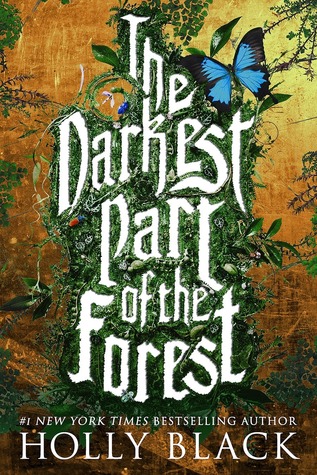 Children can have a cruel, absolute sense of justice. Children can kill a monster and feel quite proud of themselves. A girl can look at her brother and believe they’re destined to be a knight and a bard who battle evil. She can believe she’s found the thing she’s been made for.

Hazel lives with her brother, Ben, in the strange town of Fairfold where humans and fae exist side by side. The faeries’ seemingly harmless magic attracts tourists, but Hazel knows how dangerous they can be, and she knows how to stop them. Or she did, once.

At the center of it all, there is a glass coffin in the woods. It rests right on the ground and in it sleeps a boy with horns on his head and ears as pointed as knives. Hazel and Ben were both in love with him as children. The boy has slept there for generations, never waking.

Until one day, he does…

As the world turns upside down, Hazel tries to remember her years pretending to be a knight. But swept up in new love, shifting loyalties, and the fresh sting of betrayal, will it be enough?

The Darkest Part of the Forest by Holly Black

This book had me in the palm of it’s hand from the first crisp, dark and magical chapter. The casual eeriness of the magic that inhabits this slightly dangerous town is on the edge of all things fae. Hazel and Ben’s shared desire to protect one another from any kind of harm is probably the heart of the novel for me. Their sibling relationship felt relatable. I loved that they had their own codes of communication and shared dreams. The intervening gaps in communication that emerge as they grow up and keep individual secrets from one another felt quite realistic too.

One of my favourite characters was Jack – the fae changeling. I love stories about characters on the border of two worlds. I often relate to them on so many levels. It’s also fantastic to read about Jack as a fae character with brown skin. There are some diverse fae characters in the urban fantasy genre (Nalo Hopkinson’s short story – Ours is the Prettiest – comes to mind) but I liked that this reality was present here too. Both Jack’s human and fae families have different outlooks on life but ultimately, share the desire to support him. I appreciated Hazel and Jack’s slow burning romance (though Hazel’s lead up to acknowledging it was easy to predict) but I was won over by the delightful confessions between Ben and Severin when the fae prince enters the scene.

I won’t go into the plot because that is spoiler territory but I have an extremely soft spot for stories which explore curses/spells tied into dreams and desires. The ending is absolutely lovely. I recommend this book to anyone who loves fairytales.