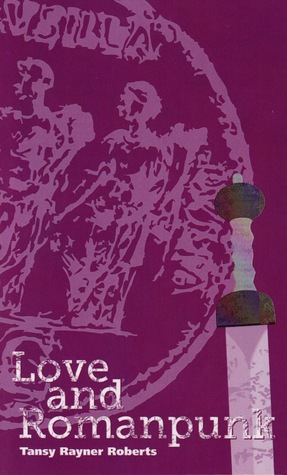 Thousands of years ago, Julia Agrippina wrote the true history of her family, the Caesars. The document was lost, or destroyed, almost immediately.
(It included more monsters than you might think.)

Hundreds of years ago, Fanny and Mary ran away from London with a debauched poet and his sister.
(If it was the poet you are thinking of, the story would have ended far more happily, and with fewer people having their throats bitten out.)

Sometime in the near future, a community will live in a replica Roman city built in the Australian bush. It’s a sight to behold.
(Shame about the manticores.)

Further in the future, the last man who guards the secret history of the world will discover that the past has a way of coming around to bite you.
(He didn’t even know she had a thing for pointy teeth.)

The world is in greater danger than you ever suspected. Women named Julia are stronger than they appear. Don’t let your little brother make out with silver-eyed blondes. Immortal heroes really don’t fancy teenage girls. When love dies, there’s still opera. Family is everything. Monsters are everywhere. Yes, you do have to wear the damned toga.

History is not what you think it is.

I need more Romanpunk in my life. Seriously. I want a netflix series produced by the same people who filmed Rome to adapt this collection. I’d love to see these interconnected stories which span across 4 different time periods and follow generations of Ancient Roman vampiric creatures known as lamia – on screen, so I can fangirl in peace. Is that too much to ask?

My knowledge of Ancient Roman history is a bit scattered but after a brief look at Julia Agrippina Minor’s life in wiki form wherein I discovered that Julia was her own force to be reckoned with (both inside and outside of her role as Nero’s mother) – I dove into this story.

This re-imagined recounting of Julia Agrippina Minor’s life retakes the name of Julia as a symbol of power. I was captivated by the weaving together of mythic monsters, historical events and speculation to create a tapestry of fantastic tales. The motivations of Julia, her family and rivals in this viscous political minefield are touched upon with great humour and supernatural re-invention.

There is a sly build up of tension in this Gothic story around the building of an unusual Victorian family. I appreciate it when vampire creatures cause more alarm through their ethereal allure to mortals. (I’m not really a horror reader but I take a good Gothic thrill in my stride.) I also enjoyed deciphering the identity of the heroine before more clues around the name Wollstonecraft piled up.

I enjoyed the Buffy and Doctor Who-like vibes of this story. I am fond of tales that explore generational family magic. (See the Chrestomanci series by Diana Wynne Jones.) Although in this story, the supernatural Lamia blood is more like a monstrous curse that needs to be eradicated for the safety of humanity. I enjoyed Clea’s human bemusement over the supernatural. I liked her personal growth and the slow evolution of her friendship with the hunter of monsters.

*Why is Nova Ostia (the replica Roman city in the Australian bush) not a real place?

*I should be relieved that there are no manticores running around where I live.

– The Last of the Romanpunks –

I would recommend this one to Doctor Who fans. It’s an adventure set on an airship floating over Sydney harbour in the future. I liked Clea in the previous story so it was fun to follow her grandson Sebastian’s predicament on an airship. Namely, Sebastian’s fumbling attempt at gripping the family tradition of stopping monsters. It’s a light adventure with an open ending for more.

This collection of short stories dips with Feminist power, fierce joy, and humour into the potential of this alternate world. I was left wanting a bit more from each story in the best way.

One thought on “Love and Romanpunk by Tansy Rayner Roberts”