Ready Player One by Ernest Cline: 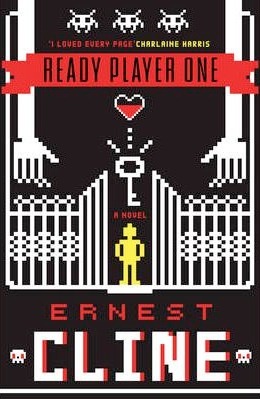 It’s the year 2044, and the real world has become an ugly place. We’re out of oil. We’ve wrecked the climate. Famine, poverty, and disease are widespread.

Like most of humanity, Wade Watts escapes this depressing reality by spending his waking hours jacked into the OASIS, a sprawling virtual utopia where you can be anything you want to be, where you can live and play and fall in love on any of ten thousand planets. And like most of humanity, Wade is obsessed by the ultimate lottery ticket that lies concealed within this alternate reality: OASIS founder James Halliday, who dies with no heir, has promised that control of the OASIS – and his massive fortune – will go to the person who can solve the riddles he has left scattered throughout his creation.

For years, millions have struggled fruitlessly to attain this prize, knowing only that the riddles are based in the culture of the late twentieth century. And then Wade stumbles onto the key to the first puzzle.

Suddenly, he finds himself pitted against thousands of competitors in a desperate race to claim the ultimate prize, a chase that soon takes on terrifying real-world dimensions – and that will leave both Wade and his world profoundly changed.

Wade’s mood swings as a passionate fan and geek made me smile.

I wanted to steal that virtual Firefly/Serenity ship that arrives in the latter half of the novel.

(Seriously, I’d add the sentient ship Moya from Farscape to the list of most wanted cyber vehicles in a science fictional universe.)

I really enjoyed the detail in regards to the possibilities opened up by virtual reality. The escapist virtual worldbuilding was strongly tied into this bleak resource exhausted world. I liked that the story didn’t shy away from the question of limited virtual access due to privilege.

There was a self-aware lightness to how it approached fantasy wish fulfilment and various genre tropes. The story also touched upon race and the gender politics in the gamer community towards the end but I agree with other reviewers that this aspect could have been explored more.

If Ready Player One was narrated by any of the secondary characters, the plot could have delved deeper into experiences of marginalisation and independence. These character arcs are just hinted in the back stories of Aech, Artemis, Daito and Shoto. If anyone’s up for exploring those stories and challenging archetypes a step further, I’dive in with the enthusiasm that Wade displays regarding Halliday.

A few more diverse love letters to SFF, gaming and/or fandom to explore:

The Guild (I really need to catch up on this show)

Among Others by Jo Walton

I still haven’t read these yet:

The Brief Wondrous Life of Oscar Wao by Junot Diaz 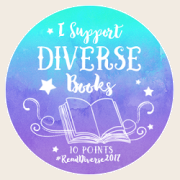